As our client, you will enjoy the benefits of long-term experience and award innovations in the field of 360 video and virtual-reality.

As professional partner for the production of 360 degree videos and virtual reality content, we offer individual, tailor-made cutting edge solutions for your projects in the virtual realm.

Below you will find an overview of the various processes involved in the creation of 360 degree videos and virtual reality content. For detailed information on the topics, please read our further articles which are linked (and turn on google auto-translate for any language other than german).

The concept phase of your 360 degree videos and virtual reality content is the foundation of the subseqent implementation. We recommend that you read our article about the concepting your media project. Since you are planning to work with 360 degree videos and virtual reality, the content-related concept of your project can be allowed to be quite innovative.

For any 360 degree video and virtual reality creation, we will select the most suitable camera system and overall baseline technology. Within the framework of a feasibility study, we synchronize the freedom of creativity with technical feasibility and provide a suitable 360 camera solution along with the corresponding software environment.

With our own Hyperresponsive Virtual Reality format it’s even possible to create 360 degree experiences that direct dynamically to the user – depending on where he looks, what he says and other factors. In this way the experience can be tailored to the interests of the user.

Accurate preparation is the linchpin of the entire 360 video and VR development process. The overhead for 360 and VR productions is comparable to a classic film production, plus particular challenges due to technological constraints. To exploit the full potential, it is, among other things, important to have a multidimensional narrative structure.

After the design, pre-production and planning is finished, your production is ready to kick off. Again, there are significant differences between a traditional film production and the creation of 360 degree video and virtual reality content. E.g. how do you hide the entire crew plus lightning gear to not spoil your scene? You wonder how you can handle six, eight or even sixteen cameras simultaneously in real time? Our 360 degree real time live direction technology solves this challenge conveniently.

The postprocessing of the captured 360 footage follows suit after the production. The paramount component of the postproduction of any 360 degree video is the perfect matching of cameratime and pristine stitching of the various videofiles, so that they merge flawlessly into a smooth 360 degree spherical video.

Within the patching process, the collected footage is being purged from anything, which distracts from the desired visual output and aesthetic perception. Camera-operator, tripods, transitions – all this is about to vanish now.

Animations, POIs, Hotspots, picture-in-picture-effects, texts, tables, graphics, illustrations –all these information will be implemented into the final 360 degree video, thus adding a whole new dimension of quality to your content. 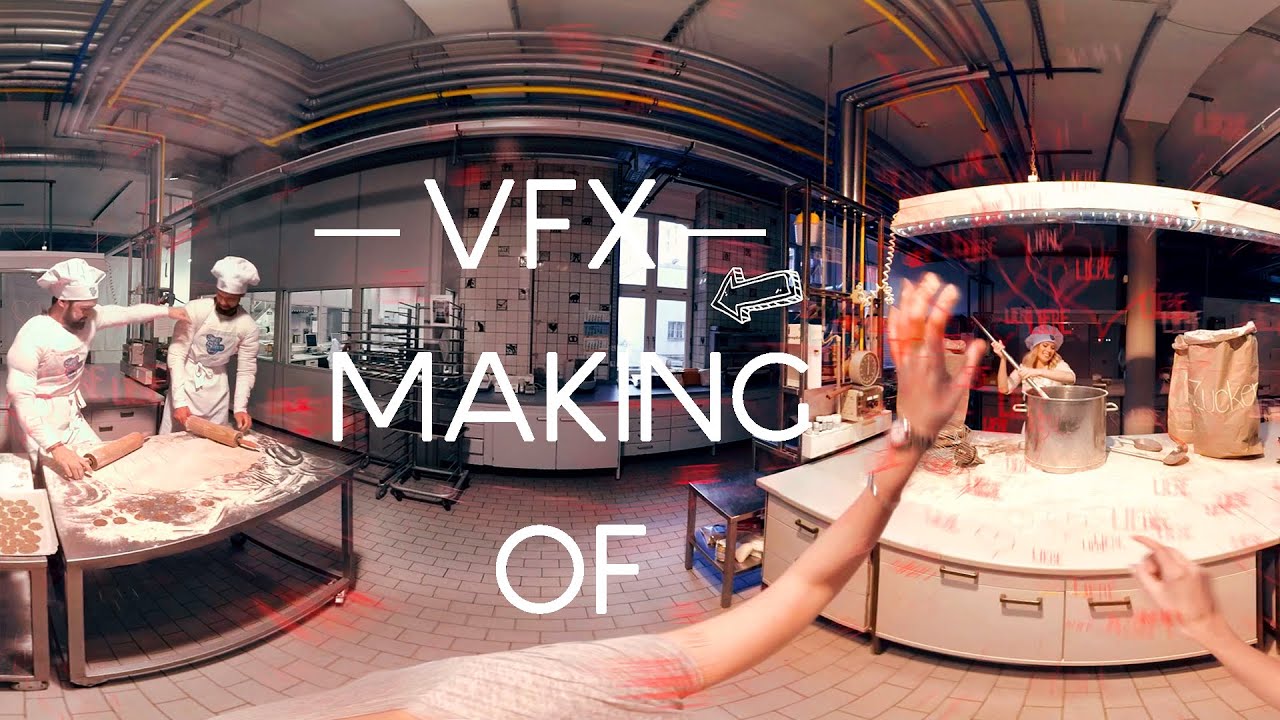 Within the process of stitching and the involvement of complex animations and insertations, high computing power is essential. Basically, you need the same computing power as for rendering a traditional movie, the only difference is, that the need for performance multiplies due to the number of videostreams and render passes in action.

Which possibilities use our customers to distribute their content? Are they using an android device or an iPhone? No matter by which way your customers will consume your content, we will find an individual solution to host your content.

How do you want to spread your 360 degree video and virtual reality content? Do you rely on viral marketing or would you rather have a comprehensive approach to place your content profitably? By using Youtubes pre-roll advertising, you’ve the possibility to make your video known worldwide for example. But also other platforms such as Kolor or viond offer space for your content to be seen.

What can we do for you?

You are looking for your individual 360 degree video or virtual reality content to be realized? You find yourself in need for a competent partner, who can support you throughout the different phases of the production process? Benefit from our in depth experience with the topic and our advanced knowledge in the field of 360 degree video and virtual reality technology and get in touch with us.